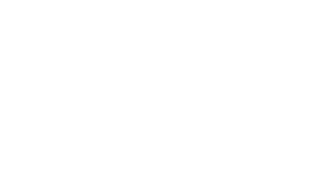 Kijanowska's performances are a revelation
Kijanowska is a pianist I look forward to hearing again—and again.

Kijanowska's performances are amazingly virtuosic, astonishingly charismatic, astoundingly empathic, and completely compelling.
Kijanowska can play with notable vitality or with abundant subtlety and nuance, or anything between.
...Astonishing capabilities and professionalism of a true artist
Anna Kijanowska is a beautiful pianist, superb teacher, and a lovely human being.
I found her to possess a highly imaginative and intuitive musical mind.
Ms. Kijanowska is an exceptional artist
Anna is a superb pianist. She is a pianist of exceptional ability, virtuosic mastery and musical sophistication.

One of the world’s greatest pianists
Anna Kijanowska at St Martin's-in-the-Fields , London
Two Excellent Pianists - Hamelin & Kijanowska
More CD Reviews
"From Mazurkas to Techno" (...) an extraordinary program, delivered from start to finish with brilliance, sensitivity, and a wonderful sense of elan.

Lei Liang, My Windows, 4 " Pausing, awaiting the wind to rise"